Blockchain technology is best known for its decentralization, which ensures individuals’ privacy, safety and ownership of funds. Blockchain bitcoin is an aspect of this technology. Without a centralized system in this network, like a database, keeping the users’ funds’ safe becomes a more important priority.
کد خبر: ۱۰۶۹۸۳۵ 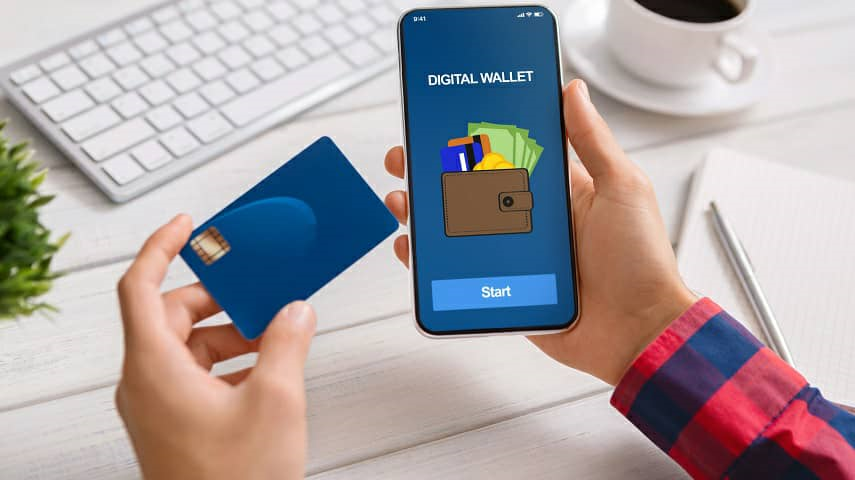 Although blockchain networks are potentially safe, it does not mean that activities in cryptocurrency should be done blindly without considering hackers or frauds. Well-known cryptocurrency traders and investors use a wallet for their funds. These wallets are categorized into two groups of cold and hot. Despite a cold wallet being a better option when aiming to keep bitcoin safer and for a longer amount of time, this wallet type has its own security problems.

Ozone is a scientific group including cryptocurrency experts who present an Offline Wallet in order to ensure traders and investors’ security. As is known, in a cold wallet, the user is not completely disconnected from the internet and in some cases, a World Wide Web connection is required for setting up. Hackers are aware of this matter and the users’ security, especially in long-term and vast investments, can be put in danger.

An expert in the Ozone team talked about how an offline wallet works, saying: “Ozone Offline Wallet can never be hacked since the internet is completely disconnected. The process is mostly user-oriented, and all the node core codes involved are extracted, with simple codes applicable in the user’s computer.”

For those who aim to have long-term and vast investments in cryptocurrency (Whales), using an offline wallet is ideal as it is more secure in comparison with other digital currencies.

How does Ozone Offline Wallet work?

Ozone Offline Wallet is an Open-Source application and does not have any secret codes. The codes used for the application’s development are available on GitHub. This application uses complex mathematical formulas to generate the wallet and allow the transaction. In the following, more details are provided regarding this subject. 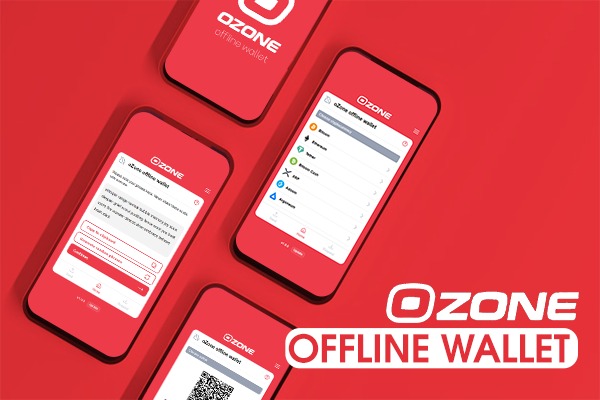 First, it is important to know how wallets are made in general. As it is known, Bitcoin addresses are generated with special algorithms. Decentralization and independence from database in a Blockchain network, as mentioned previously, makes generating an address offline feasible.

This is the complex structure the Ozone team has applied in developing their offline wallet. In other words, if one knows the algorithm with which a Bitcoin address is generated, one can generate an address offline. In the following, different types of Bitcoin addresses and their generating algorithms are discussed in immense detail.

What is a Bitcoin address and how is it generated?

All three addresses are generated by private keys. A private key, which is a secret string included of letters and numbers, is used for sending Bitcoin to another wallet, spending Bitcoin, and checking the funds in the wallet. A private key is a 32-byte number in hexadecimal (a base 16 system) or 64 characters in range 0-9 or A-F.

In the following, it is explained how a private key is used for creating a P2PKH address.

Step one: let’s assume the private key blow is generated:

Step Two: The public key is extracted from the private key through a special algorithm like the following:

Step three: There is a 33-byte public key with one byte including 02. X refers to 02 and the other 32 bytes are Y. Then, using the SHA256 algorithm from the public key in the last step, the following Hash is generated:

Step five: 00 is added to the beginning of last step’s output, which refers to Bitcoin’s main network:

These four bytes are called Checksum, which is used to validate the generated address.

Step nine: The last step’s output is made into a string of Base58 type, like the following:

Ozone Offline Wallet utilizes this mechanism to cut off any connection with databases and offers strong security. However, in offline wallets, it is more complicated. For instance, for producing a private key, from 12 to 24 words seed phrase is used.

For accessing the codes used in the OZONE wallet, you can check this link in GitHub. After downloading, for working with the wallet, you can use a private key (Seed Phrase) you want and request new words. In both cases, it is necessary to save seed for further usage.

One advantage of an offline wallet is that it can be changed into a hot wallet (online). You can simply import the private key in other wallets and use it. Therefore, you just must import the private key into the Ozone wallet or any other wallet and check your balance. However, Ozone experts do not recommend this as it is against the wallet’s creation philosophy, which is the 100 percent security of the users’ funds.